John Marshall High School is an old school, rich in tradition, with thousands of Alumni, many of whom have distinguished themselves in their chosen field. This High School evolved from a Post Civil War system of setting up the first public schools in the City of Richmond in 1869. At first it was a Grammar Grade School, changing to an advanced Grammar Grade School in 1870 offering Latin, Algebra, and Science.

This was the first of several steps towards the establishment of a High School in the City of Richmond, which eventually became John Marshall High School. Advanced education was in such demand, that a plan was proposed in 1870 for the establishment of two high schools, one to give a complete business education; and another to prepare students for the University. This idea, although a practical one for its day, was never adopted, and instead, the city opened a Normal High School in 1872. At that time, Richmond High School came into temporary being, with a principal, 2 teachers and 49 students, using 2 rented rooms. The course was for 3 years and offered a curriculum in Mathematics, Natural Science, Languages, English, and History. Vacancies for teachers in Richmond Schools were filled by graduates of this school. In 1873, a new school building was completed, and the High School moved to its new location, where it operated through the last quarter of the Nineteenth Century. 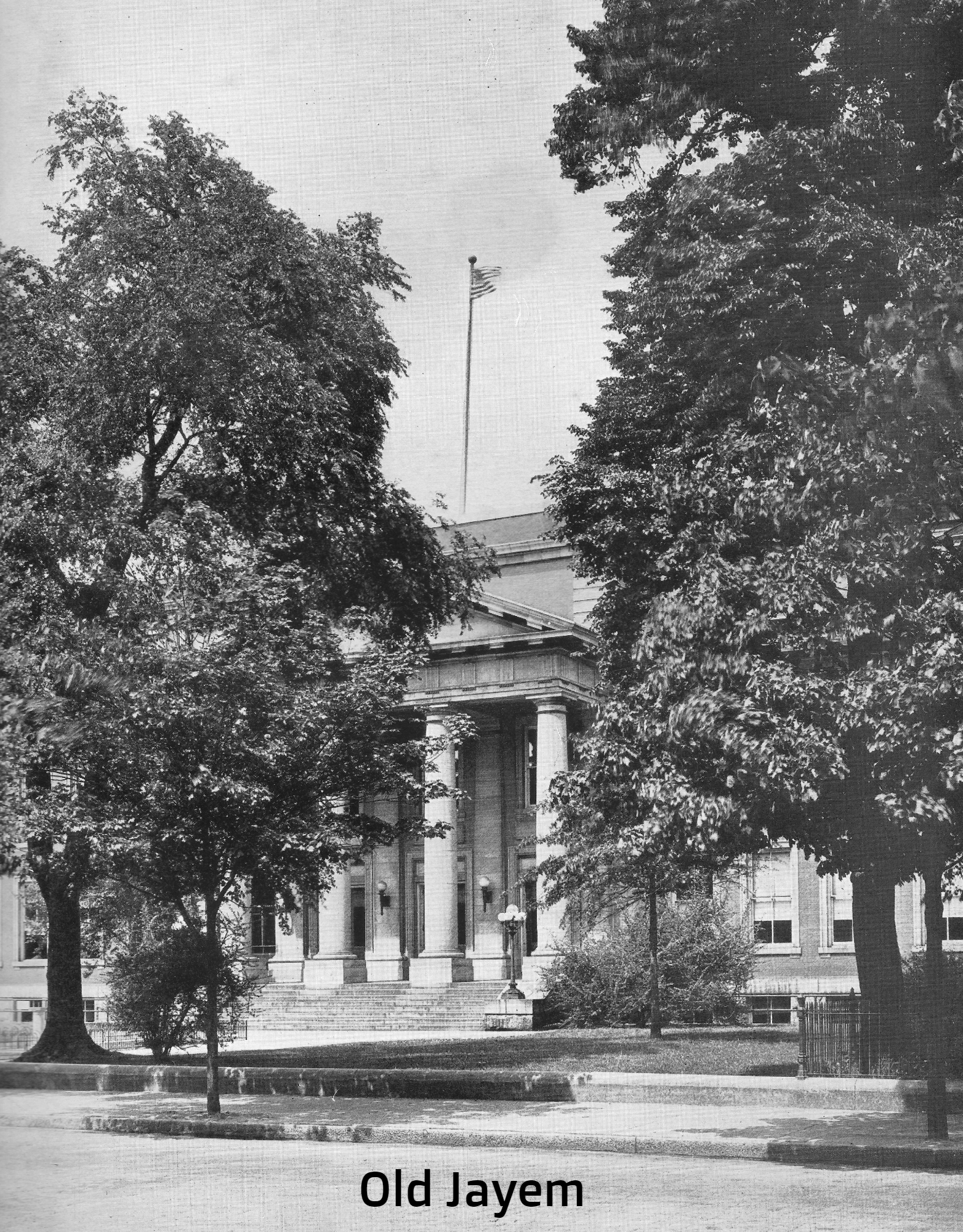 The Twentieth Century brought into being a new and larger school building fronting on the north side of E. Marshall St. between 8th and 9th St. and across from the old building.  This new building, appropriately became John Marshall High School, named for John Marshall (1755-1835), the eminent Virginia Jurist and Chief Justice of the United States Supreme Court, as it was located on the site that had been his garden.  The John Marshall House still stands in the same block.

Ground was broken for this building on March 23, 1908 and the cornerstone was laid on September 30, 1908. The large three-story building was of the Greek Temple style, and had an impressive temple portico with four doric columns.  The school had a 1500 seat auditorium, but there was no gymnasium.  John Marshall High School opened in September 1909, before it was completed, with grades 8-11.

The dedication events were held December 9, 1909 and spanning a day, attracted well over 1,200 persons.  Included in the festivities were a parade, a chorus, and a 21­ gun salute from the Richmond Howitzers as the flag was hoisted above!

When John Marshall was conceived and built, it was considered the grandest, most expensive schoolhouse ever erected in the South. Local newspaper articles referred to it as "The People's University" because its planners intended it to be a higher education building for the great majority of people who were not privileged to attend high school and college at that time. John Marshall was said to have a prestige unequaled by any other public high school in the state and probably the entire South.

The first graduating class of the four-year course was in 1911. Early commencements were held at the City Auditorium on West Cary Street; later, these exercises took place at the Mosque.

The curriculum of the old schools became a rather modern and progressive one. As early as 1890, a Commercial Department was established with courses in typing and stenography; in 1893, cooking was instituted as the first step toward Domestic Science; in 1907, the school adopted a 4-year program to offer a more thorough and advanced course of study; in 1909, the existing post-graduate course was extended to two years and became the Teacher's Training Department.  It functioned for several years. The curriculum was gradually broadened to include physical training for boys and girls. To advertise its program, an annual catalog was issued, (click on image to the left) similar to that of colleges today. In 1915 the School Board approved the establishment of a military training course, and the John Marshall Corps of Cadets came into existence.

In the great flu epidemic of 1918, John Marshall opened as a hospital. (Schools were closed October 4-November 6).

For the first quarter of the twentieth century, John Marshall was Richmond's only high school, from which sprang numerous traditions, as well as an enviable record. From the opening of the "new" school in 1909 (new at that time) to it's closing in 1960, the supervisory personnel of this one school had an amazing continuity record, there being only two principals, Mr. James Harwood and Dr. Fred B. Dixon.

Crowded conditions prevailed during most of this school's history; at one time its 3,000 students were on double shift. Some relief was obtained by the opening of the Wythe Building in 1923, but the school was using every "nook and cranny" of both buildings by 1927, causing first-year high school pupils to be held back in the grades. John Marshall continued to experience overcrowding until Thomas Jefferson High School was occupied in 1930. However by 1934, John Marshall was once again over capacity.

During the 1935-36 session, with the aid of a P.W.A. grant, a tunnel was completed to connect John Marshall and the Wythe Building at a cost of $22,980. The same year, property was acquired for an athletic field and drill ground which occupied the entire square block north of the school and cost $132,800. (The 1937-38 annual report includes a picture of the athletic field, dedicated in May 1938.)

The suburban movement, plus downtown improvements brought about the inevitable closing and destruction of the now "old" John Marshall High School.  A School Board resolution of October 26, 1960, declared the building surplus to the City and stated: "The building and grounds are to be a part of the Civic Center, and the abandonment of John Marshall to become a part of the Civic Center was one of the conditions that led to the building of the two new high schools.  The John Marshall building is located in an area that is primarily commercial, and therefore has become an undesirable site for a public high school."  (Fortunately, the John Marshall House was spared). 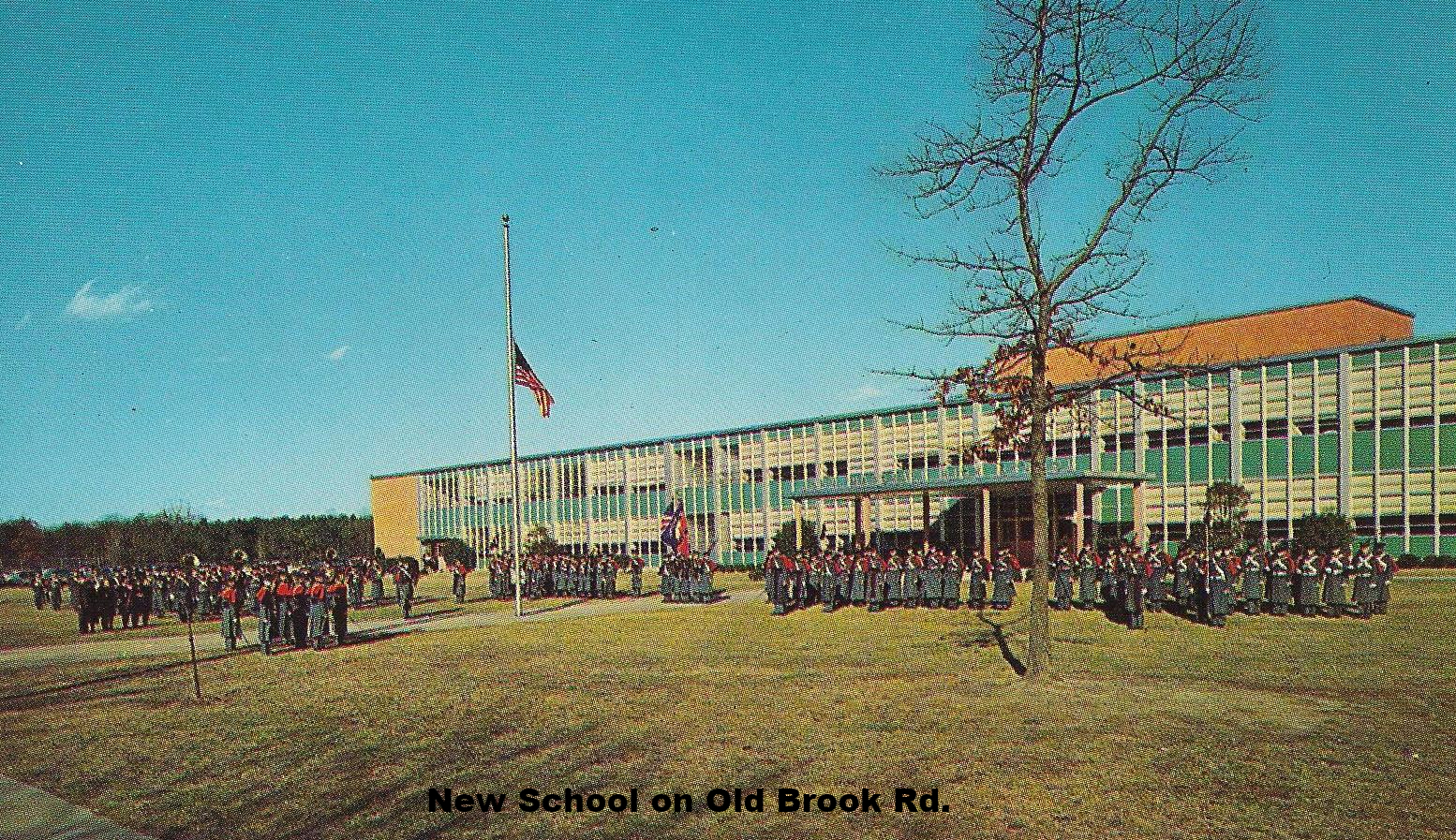 Old Jayem closed in June 1960.  The decision to demolish the 51 year old building met with much protest, but it was razed in September-October-November 1961; gavels made from its timbers were presented to School Board members in February 1962.

Faculty and students were transferred to the new John Marshall High School on Old Brook Road in the Northside and to George Wythe in the Southside.  Both schools did their very best to carry on the Old Jayem traditions and contrary to popular belief, they did so quite successfully for a number of years. At this time (October 2015), the "New" schools are still in use and are 55 years old, 4 years older than the old school was when demolished.   Hard to believe.